Regional and Rural Development focus of The Queensland Plan: a draft vision for the next 30 years 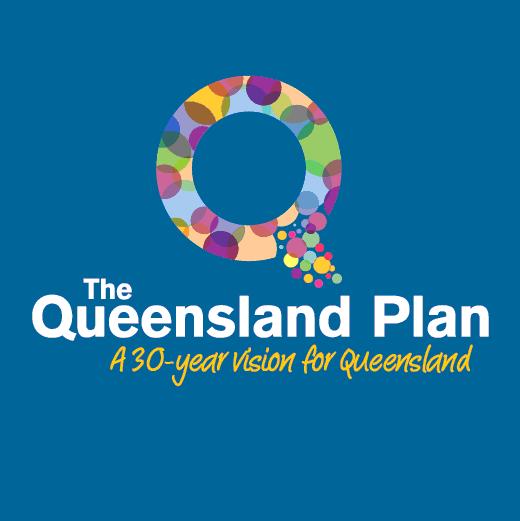 The Queensland Government has been busily and publicly active in the past twelve months, showcasing and shaping its new vision and strategy document;The Queensland Plan.  The widely-consulted strategy has just completed its community review stage.  The document largely centres on the State’s normative interests and portfolios, such as the economy, infrastructure, health and education.  This update focuses upon targets within The Queensland Plan relating to planning and development, giving an insight into how the Queensland Government is planning to shape our State’s built environment over the next few decades:

The balance of environmental protection and economic development is covered in greater detail in a previous post, and will not be discussed in any depth with this update.  The discussion of infrastructure delivery is indirectly given within this article’s focus upon the “Regions” element of the strategy directive.

Regions – half of Queensland’s population lives outside South East Queensland (by 2044).

At first glance, it may seem that this statement is easily achievable without much direct policy intervention.   However, for a population estimated at 4.66 million at the June Quarter of 2013, South East Queensland makes up approximately 70% of Queensland’s entire residential population.   Further, an assessment of Queensland’s broad hectare land supply, which is greenfield and brownfield land suitable for residential development greater than 2,500m2 in size, provides that South East Queensland holds an expected future dwelling yield of 450,000; accounting for 75% of dwelling yield across the entire State.

So, with a large population base, strong recent population growth, and the potential for a significant amount of future dwellings to be sited within the region, it stands to reason that it may be difficult redirect the inertia behind the steady trend of population growth within South East Queensland.  Once the logistics and cost that would underpin the sufficient and timely construction of public and community infrastructure is taken into account, which would be provided against the current trend of population growth, the scale of the commitment behind this strategy statement becomes more fully realized.

This strategy direction, if carried to fruition, would likely stimulate a large number of infrastructure upgrade projects across the State to support this growth.  Without already large rate bases, these infrastructure investments are not likely to be able to come from smaller Councils outside South East Queensland; limiting significant growth to areas within the larger regional areas of Mackay, Rockhampton, Cairns and Townsville, and undoubtedly with the added help of significant State or Federal regional infrastructure funding.

The far more difficult query relates is how the Government plans to stem the tide of greenfield, and indeed brownfield or infill development, in the burgeoning South East Queensland region, against the apparent momentum of this popular region?

Or is the plan to outstrip the long-standing growth trend in SEQ, with astronomical injections of funds to stimulate growth and infrastructure development in regional and rural areas of Queensland?  Will this come at the cost of those in the State who choose to settle in well-serviced and affordable areas of SEQ?  The finer points of this rural and regional revitalization are not known, and it is impossible to say how exactly such a plan would be delivered at this point in time.

The move by the Queensland Government to focus population growth, and hence economic growth, outside SEQ is a significant undertaking.  To limit impacts upon fringe agricultural lands in SEQ from our ever-expanding city centres, it could be a welcome development.  And so too for towns across Queensland which have been struggling in recent times with the pressures of metropolitan-focused population and societal growth, the “two-state” economy problem introduced by regional mining and gas projects, and fluctuating weather and commodities prices.  The growth would not come without the announcement of many and varied infrastructure projects across the State, which could be a welcome move for the construction and manufacturing sectors.

And it certainly would mean that developers looking to capitulate on this focus should start looking far and wide for opportunities to develop land across Queensland; as the growth in population in these areas will not occur entirely off the State’s back; and not without a concerted push from the urban development industry.