Welcome to Martoo Consulting’s latest newsletter providing insights into local planning and development happenings in and around the Sunshine Coast and Wide Bay Regions.  Topics for review include:

We would love to hear any feedback about the articles and any suggestions you may have for future articles.

Major planning and development policy shifts occur after State elections. This week Labour announced it will be able to hold a majority government, Gympie and the rest of the Sunshine Coast seats have re-elected their LNP members, and Noosa has chosen to go independent with Sandy Bolton securing the local seat.

Sandy Bolton was one of the first councillors when the new Noosa Council was de-amalgamated in 2014 and understands the local planning issues. Two of her key policy platforms involved ‘breathing new life’ into the decommissioned Tewantin TAFE campus, and supporting the development of the Noosa Civic to realise the intended community focus and job creation. 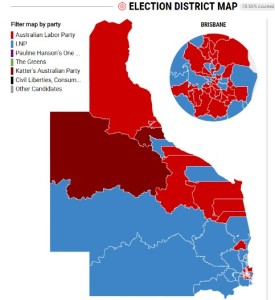 Sandy also states she is well aware of Noosa’s wealth divide which is resulting in working families in hospitality, health and aged care paying up to 80% of their income in rent or mortgages.

While the power sharing deals and backroom dealing take place in Brisbane, it will be interesting to see what changes for planning and major State Infrastructure Projects.

In an effort to provide for more housing diversity, Noosa Council are pursuing a policy change to allow for small (<65m2) units to be built within existing residential zones as ‘accepted development’. The changes would allow for multiple families to be able to be accommodated within existing residential areas, whilst still requiring self-compliance with setbacks, site cover, minimum landscaping and parking provisions. 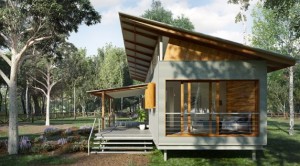 While much of the debate at last Council meeting centred around the risk of even more ‘AirBnB’ and informal visitor accommodation, Councillor’s decided to endorse the changes and seek public comments early next year. This amendment is well supported by the findings of the housing needs assessment that was prepared in conjunction with the new planning scheme project, and is considered a positive step to address the housing affordability issues. The changes would allow for multiple generations to live on the same site, but still allow for their independence within individual unit forms.

With summer upon us it’s time to head to the beach and have a surf in the newly established World Surfing Reserve. Noosa recently joins other ‘surf towns’ across the world including Malibu and Santa Cruz (California), Manly and Snapper Rocks (Australia), Todos Santos (Mexico), Punta de Lobos (Chile), Hunachaco (Peru), Ericeira (Portugal) and Gurao do Embau (Brazil) in being awarded this honour.

The status gives surfers a seat at the table to discuss issues related to development and coastal management. Noosa is also an exemplar to other towns of how things can be protected and enhance the tourism product.

A recent study by Mcgregor & Wills of the Australian National University also provides scientific evidence proving what many already knew, which is that economic activity grows faster near good surf breaks. 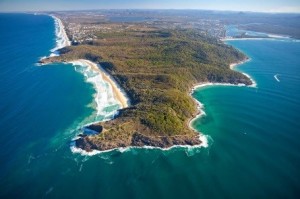 This then grows to support a broader, non-surfing tourism industry, like Noosa and Byron Bay in Australia, Jeffreys Bay in South Africa, Taghazout in Morocco, and Arugam Bay in Sri Lanka, which all started as small surfing towns in the 60s.

The researchers also found that the permanent population fell near good breaks, which is consistent with tourism driving up property prices.

Good design of the public space in front of any development is a crucial element in the success of a development. Appropriate landscaping, consideration of pathways and casual meeting places can significantly enhance the value and usability of the public/private interface. It is also an area where liability and responsibility needs to be considered and discussed at an early stage with Councils.

In response to negative media regarding Buderim’s ‘urban food streets’, the Sunshine Coast Council has recently produced a Sunshine Coast Street Tree Master Plan for planting in street verges. The plan seeks to guide appropriate plantings in the right locations, while reducing the conflicts and long term maintenance requirements for Council. 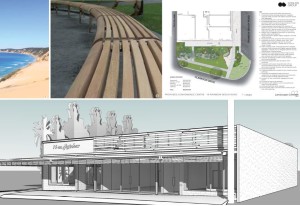 Martoo have been involved in numerous commercial and residential developments, which carefully consider the landscaping response to the street frontages to enhance the development. A recent example is the soon to be completed landscaping works at the entrance to Rainbow Beach commercial centre. Working with Conlon Group and Council we were able to secure new landscaping and frontage works, including a new ‘rainbow beach wave chair’ which will be a meeting point for locals and tourists on this prominent corner of town.

–          Fraser Coast Council approved over $550 million dollars of new residential and commercial developments last month. This included a 200 lot over 50s resort development in Urangan designed and managed by Martoo Consulting for Ingenia. With the new Hervey Bay Hospital, increased domestic flights with Virgin, new schools and influx of young families and retires – the town is quickly becoming a hotspot of growth along the QLD coast.

–          Nadine Gorton has been instrumental in the approval for the redevelopment of the Sunshine Beach Surf Club. Following an Australia wide design tender, the new building is a contemporary coastal design which will assist the volunteer lifesavers continue to provide a safe beach for generations to come.

–          The Sunshine Coast is ‘Smart’.  The recent decision by Sunshine Coast Council to continue contributing to the gobal ‘smart 21 region’ initiative, is expected to put the region at the forefront of managing the 4th major revolution – the digital revolution. This means more connected infrastructure and services from Council.

–          The Council is also keen to get a $1 billon cable built to support the development of the new CBD in Maroochydore. Although the State and Federal Governments are non-committal on the funding, the plan is to attract the technology, finance, media and education sectors to relocate here.

–          If you are heading past Tewantin these holidays, beware of major road works about to commence to build a new roundabout on the corner of Hilton Tce and Goodchap Street.  Martoo have worked with Council and the client to combine works and timing for a new local centre to be constructed on this highly visible corner site, so as to avoid construction duplication and impacts. More info head to this link.

–          Noosa Council recently announced they are teaming up with CSIRO to be a living laboratory. Does this mean the residents of the Noosa Biosphere are healthy lab mice, who have escaped the rat race?

–          Tourism Noosa and Tourism Sunshine Coast pool resources to attract more visitors through Sunshine Coast Airport. This comes at a time Palisade Investment Partners commence their 99 year lease of the airport and the future development of the buildings.

–          Still no definite word as to when will the Rattler be steaming down the Mary Valley again. Questions are also being debated about the project’s cost?

–          Gympie – the town “25 minutes” drive from Cooroy: the highway has been completed and the business confidence mood is high. Another $92 Million has been spent on the next Stage D to Curra for acquisition and design, however the construction may be some time away.

–           Summer is here and ‘Rainbow’ is shining. New figures released from SLSQ show Rainbow Beach visitor numbers are up significantly. Locals have noticed not just SEQ visitor increases, but are reporting a surge in international visitors as the destination becomes a must see on social media.