How Does Today’s King Tide in the Noosa River compare to the Noosa Council Draft Plan?

The full moon on Wednesday 20th February 2019 resulted in what is commonly called a “king tide” or otherwise more technically referred to as a “High Spring Tide”, which, according to the Queensland Tide Tables, peaked at 8:39am at a height of at 2.30 metres. These higher tides are a result of the gravitational pull of the moon and the sun being in alignment on the oceans. The photograph below was taken at 9:00 am near the public boat ramp on Hilton Esplanade near the fire brigade building and opposite the Noosa Lakes Resort in Tewantin. 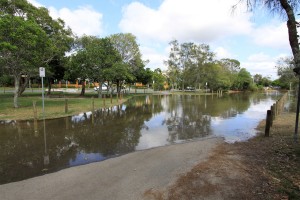 The Queensland Government has developed a State Planning Policy that guides the preparation of local government planning schemes and assesses development of interest to the State. In coastal areas, these hazards can include flooding, storm tides, sea level rises due to global warming and the continually rising and falling of tides as well as wave action. The existing and draft Noosa Plan detail Noosa Council’s position on coastal hazards in context within the parameters identified by the State policy.

The Noosa office of Martoo Consulting can assist with providing such advice if required. 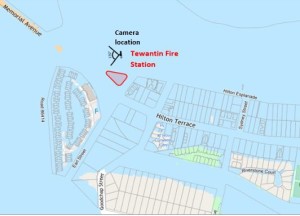